The AGM was held at Lim Por Yen Lecture Theatre on 18 December 2020. The meeting received the report of Academy Council, the Honorary Treasurer’s report, the audited accounts and balance sheet, the appointment of auditor and admission of new Fellows.

The election results of 6 Academy Officers were also announced during the AGM. In accordance with the Hong Kong Academy of Medicine Ordinance, an election was conducted for 6 Officers of the Academy Council. As only one nomination for each of the 6 posts were received by the deadline, the candidates were elected to their respective posts ipso facto. Please click here for the announcement on the election results. 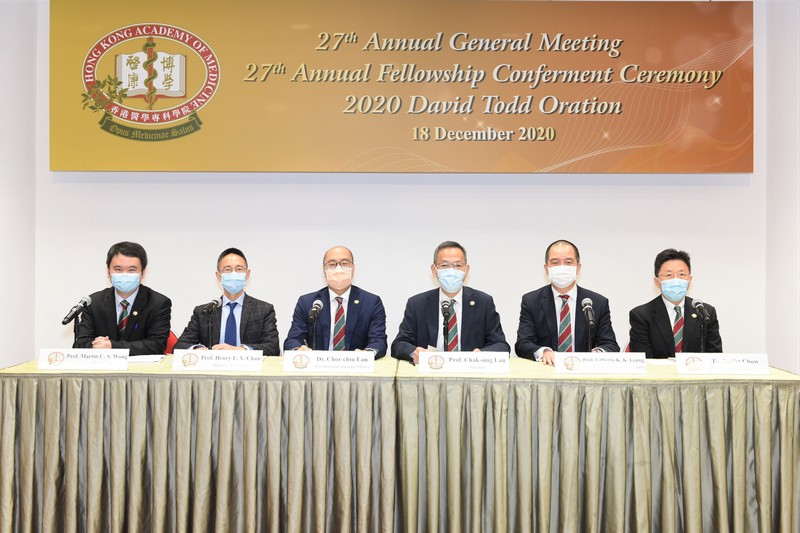